Where Are Top-notch Work Boots Made? Research & Findings 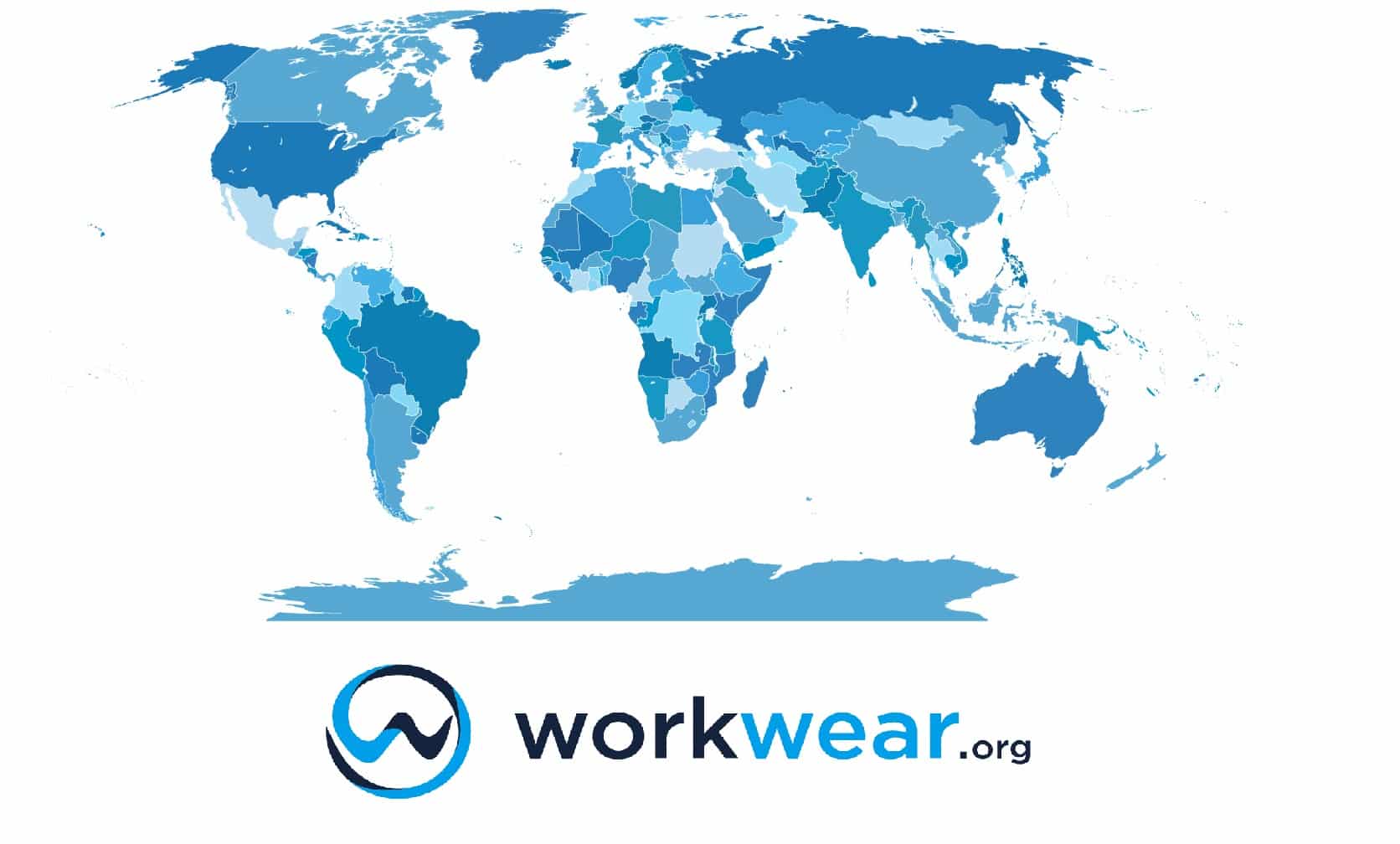 Do you want to know where your favorite boots are made? Look no further, as we’ve got the information you’re looking for! We’ve thoroughly researched where the top work footwear brands make their boots, and our results are really interesting.

Where are most work boots made – and does it matter?

Many reputable work boot brands have manufacturing locations in the USA. In general, these products are handcrafted and are thus offered at premium price points. However, quite a few brands manufacture their products overseas, with most of the locations concentrated mainly in countries across Asia. Meanwhile, some companies have multiple manufacturing sites within the US and other countries.

Does it matter where the work boots are made? Let’s first look at where the top brands manufacture their boots, either across the US or other countries. 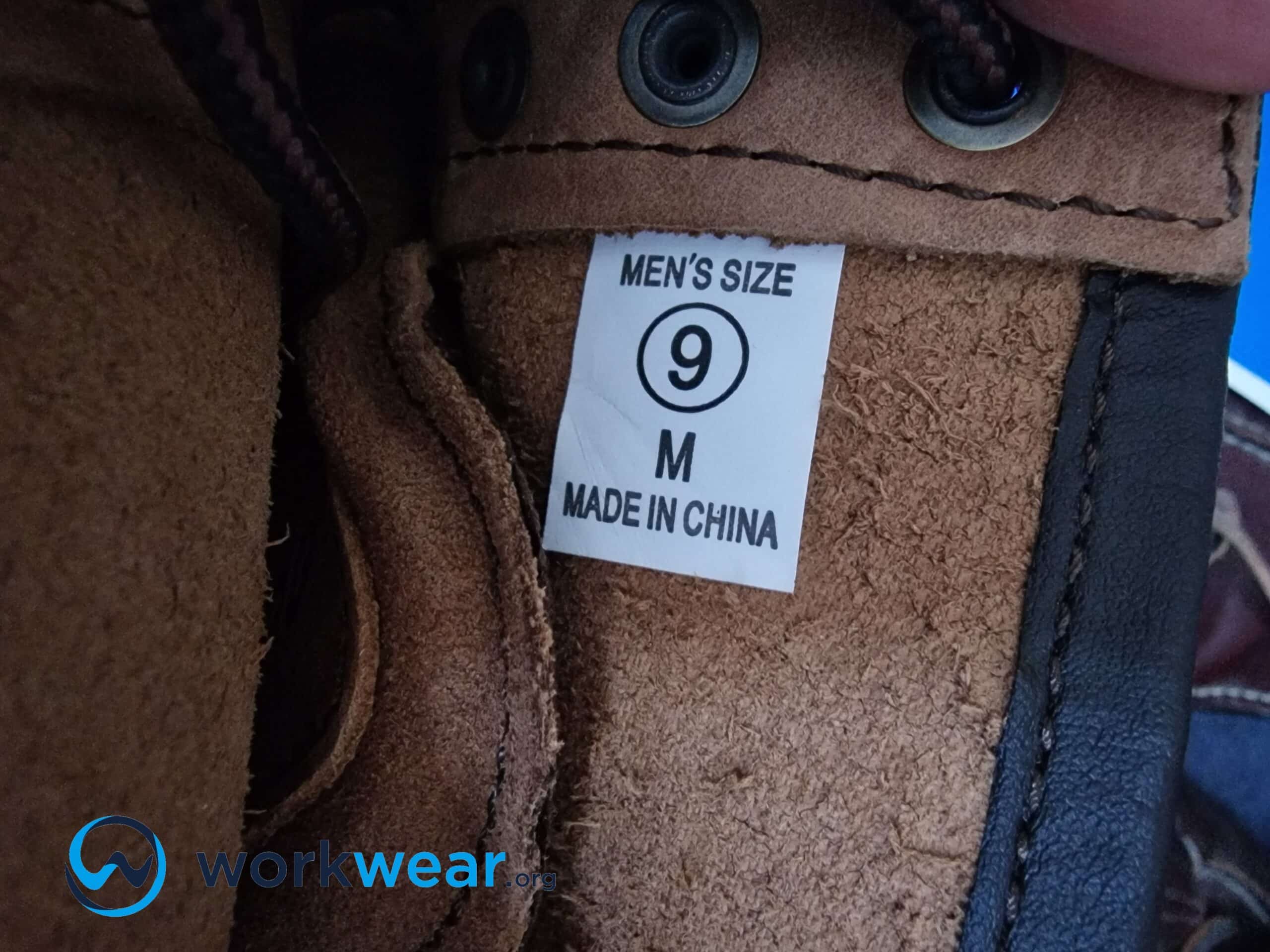 Where do the top work wear companies manufacture their boots?

After extensive research, we discovered where top work boot brands manufacture their products, as discussed in more detail below:

Taking great pride in being a family-run business, Ad Tec has been in the footwear industry since 1982. They manufacture work boots, uniform boots, logger boots, Western-style boots, and motorcycle boots. While its company is based in California, USA, the manufacturing site is in China.

The brand is named after the iconic racehorse, Secretariat. Ariat combines aesthetics with innovative designs, offering a range of high-quality, lightweight work and riding boots. The company has its headquarters in California, USA, and has manufacturing sites in Italy, Mexico, and China.

Famous for its waxed jackets and coats, Barbour has been in business since the 1900s. The brand has roots in the British countryside, producing boots showcasing style and all-weather durability in one package. They’re based out of Tyne and Wear County, England, and have manufacturing locations spread over Asia (China, Vietnam, India, Indonesia), Portugal, the UK, and Italy. 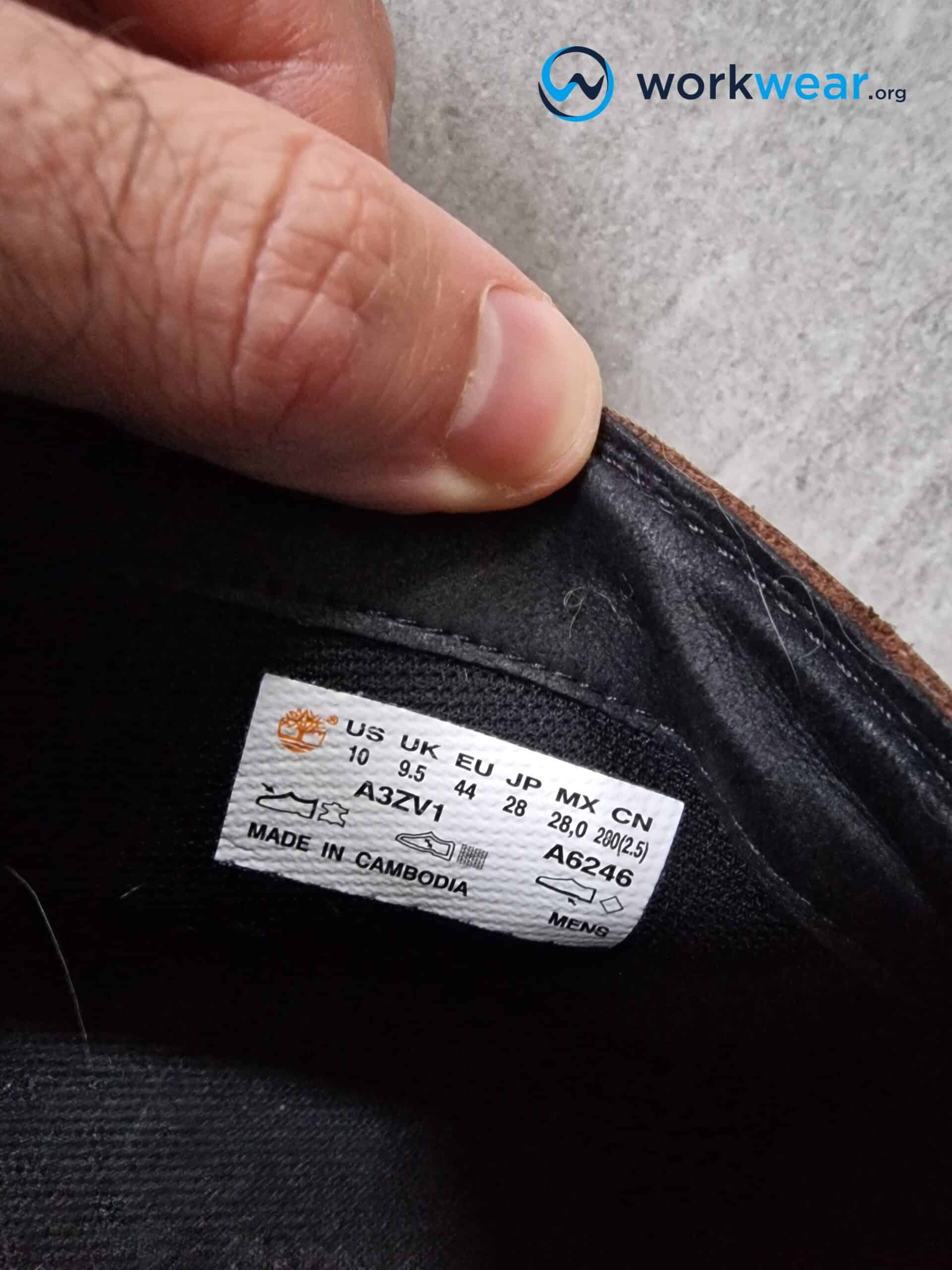 Bates is a division of Wolverine Worldwide. It’s been a top maker of military and tactical boots for more than 130 years and operates in more than 60 countries worldwide. Bates is based in Michigan, USA, and has set up manufacturing bases in the US, Dominican Republic, and China.

Birkenstock is a lifestyle brand that has a presence across 90 countries. The company developed the first-ever contoured insole and offered a range of robust boots in multiple styles. It’s based in the southwest German state of Rhineland-Palatinate, with manufacturing sites in Germany and Portugal.

A part of the Innovation Products Group, Black Hammer offers a line of rigger boots, safety trainers, safety boots, other workwear, and accessories. The company also produces steel-toed safety shoes for working in specialized industrial environments. It’s set up in Newcastle, United Kingdom, and has manufacturing sites based in the UK and Europe.

Founded in 2019, Brunt sells directly to the consumer and specializes in making comfortable and long-lasting boots. The company is headquartered in Massachusetts, USA, with manufacturing sites set up in China.

Dating back to 1889, Carhartt makes rugged work boots with a special Made in USA range. The company also offers DIY repair kits for work wear and all cold weather gear. Carhartt is based in Michigan, USA, and has manufacturing operations in the US and Mexico.

A division of the Wolverine Worldwide group and licensed by Caterpillar Inc, the brand offers both work wear and work boots. The boots are known for features like slip-resistant outsoles and heat endurance. The company has headquarters in California, USA, and its manufacturing bases are in the USA, India, Malaysia, and Indonesia. 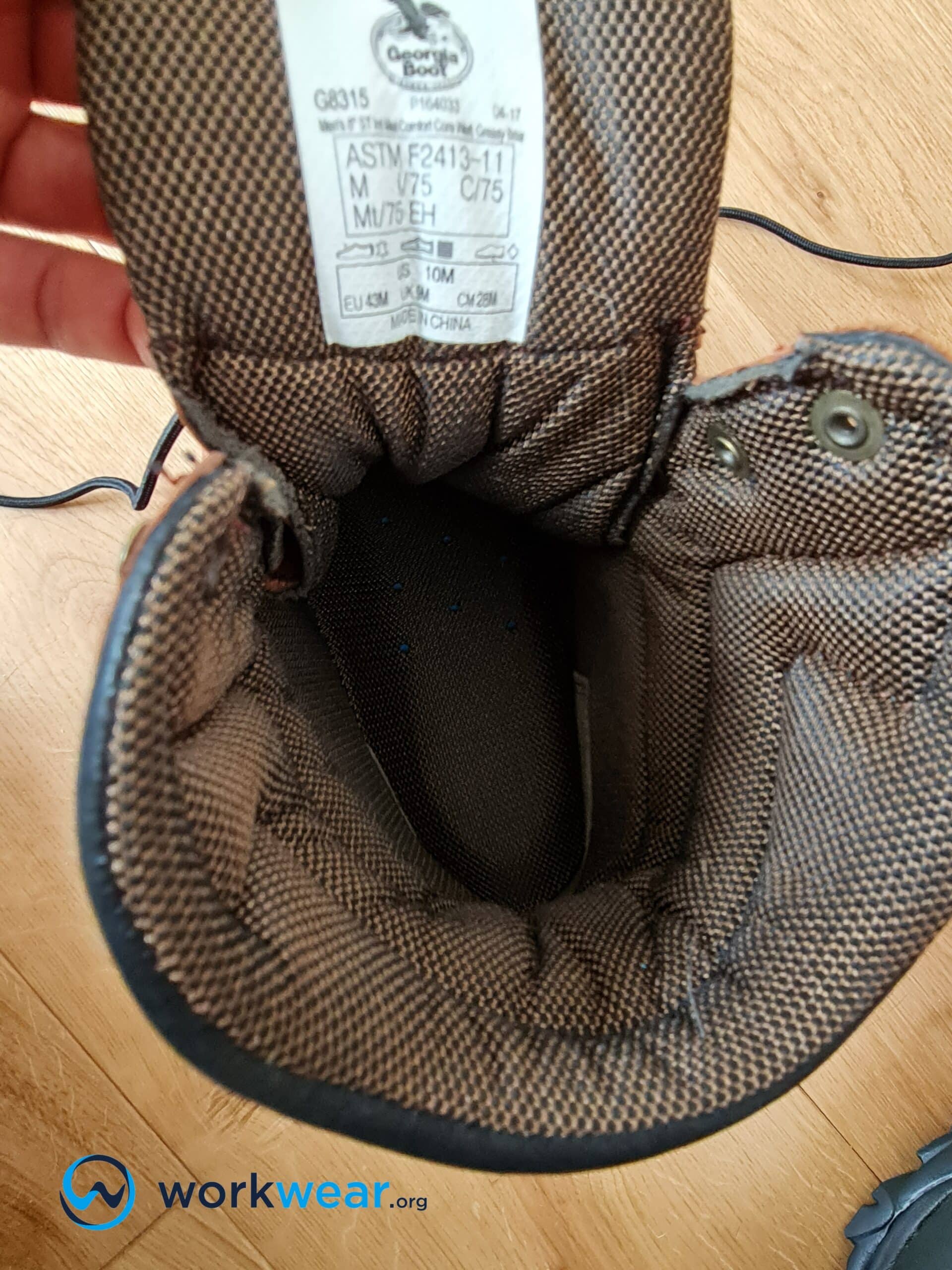 Chippewa is known for creating the ‘logger boot’ originally used by those working in the pulp and paper industry. It was also the first to introduce ‘engineer shoes’ that became famous in the 1930s. Green triangles mark the company’s shoes to show industrial approval. Chippewa is based in Wisconsin, USA, where their manufacturing operations are also based.

Clarks has been around for 200 years; highly regarded for being affordable and durable for everyday wear; it has become a household name for all kinds of footwear. Clarks is based in Somerset County, United Kingdom, but it has manufacturing sites across Asia, Central America, and Europe.

Danner is well known for crafting boots for outdoor expeditions and military and law enforcement. It became famous for creating the ‘shipyard boot’, but also has a variety of handmade boots. The company is based in Oregon, USA, and has manufacturing sites in the USA, China, Italy, and Vietnam.

Popularly known as ‘Doc’ Martens, this is an affordable brand that quickly became a favorite with counter cultures of emos, goths, and punks. The hard-wearing, dependable shoes are perfect for people on their feet all day. The company is based out of Northamptonshire County, United Kingdom, and has manufacturing bases in the UK, China, and Thailand.

Owned by the Dutch company Hevea, Dunlop specializes in waterproof and protective footwear for construction, mining, oil, gas, and fishing industry workers. In addition, the company’s ‘Acifort’ line offers excellent ankle protection and heavy-duty use. It’s based in Raalte, Overijssel in the Netherlands, with manufacturing sites in Europe and USA.

Irish Setter is a Red Wing Shoe Company division, producing boots for work, hunting, and casual use. The brand originated from a shoe line originally intended for bird hunters. The brand has its headquarters in Minnesota, USA, with manufacturing bases in the USA, China, Korea, and Vietnam. 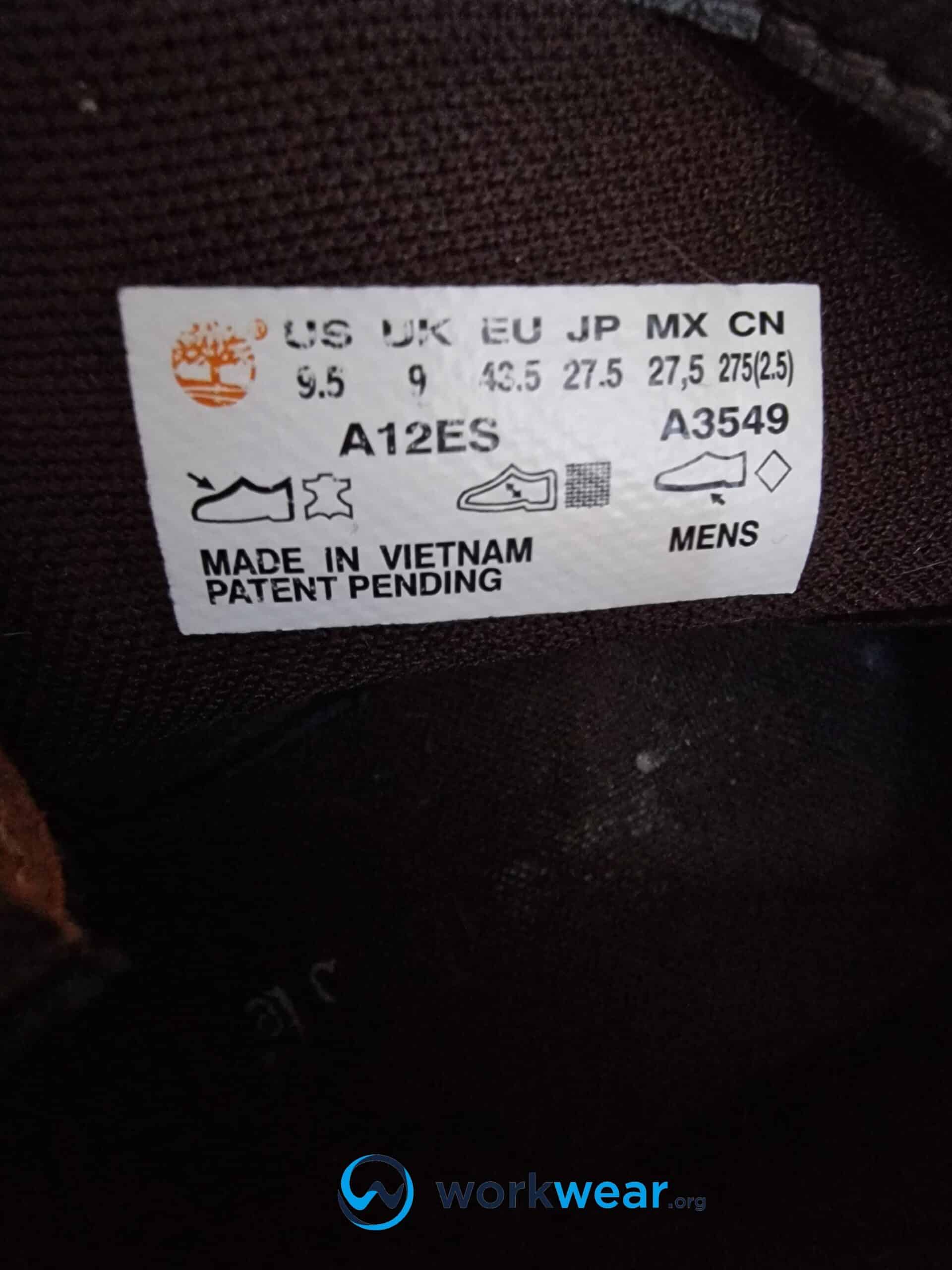 With boots known for combating challenges at any work and industrial, Iron Age was among the first manufacturers to make steel-toe work boots. The company is based in Missouri, USA, and has set up manufacturing bases in US and China.

KEEN Utility is a family-owned brand that focuses on the benefits of being outdoors. This company builds waterproof, tough, and comfortable boots for outdoor adventure. It’s based out of Oregon, USA, and has manufacturing locations in the country.

Puma also offers a great selection of safety boots, safety shoes, and gumboots, a popular name in athleisure. Its safety shoe range can withstand temperatures up to 300°C, and its workplace lineup is equally aesthetic and versatile. Puma is headquartered at Herzogenaurach (Bavaria), Germany, with manufacturing sites across Asia, Europe, and the US.

The company started in 1981 and specialized in creating hiking boots. Now owned by Wolverine Worldwide, it now offers a selection of trekking, mountaineering, and tactical boots at affordable prices. Merrell is based in Michigan, USA, and has manufacturing bases in the US and Vietnam.

The brand aims to create 100% ‘muck proof’ heavy-duty boots for all weather conditions. These boots are made from neoprene and rubber with heavy-duty soles, capable of withstanding a rough rural work environment. Muck Boot has headquarters in New York, USA and manufacturing sites in the US, India, Dominican Republic, and China.

Associated with athleticism and motivation, Nike produces durable footwear (for work and leisure use) featuring various enhancements, including moisture resistance. Nike SFB boots, among others, are used for tactical wear. Nike is based in Oregon, USA, and has manufacturing units in China, Thailand, Vietnam, and Indonesia.

Oakley creates slip and heat-resistant tactical assault boots for military and other uniforms. The company has had a long-standing partnership with the US Armed Forces since the 1980s. Oakley is based in California, USA, and manufactures in the US and Asia.

Reebok prides itself on having hard yet lightweight work boots. While the company has made a popular name in the sporting industry with a heritage in fitness, it also has a wide variety of tough work boots. While it has its headquarters in Massachusetts, USA., the company also set up manufacturing bases in the USA and across Asia.

Known for leather boots intended for heavy-duty jobs, the company also creates an athleisure range of footwear. In addition, it produces classic designs, such as those in hiker and logger-style boots. Based out of Minnesota, USA, Red Wing has manufacturing units in the US and Asia.

The Rockport Company thrives on creating boots that balance design with innovation. Its rugged designs come with shock-absorbing technology, making them ideal for various industries. Based in Massachusetts, USA, the company has manufacturing operations in the US, China, India, and Indonesia.

Skechers is a cult favorite with the younger population. Although it’s less known for industrial use boots, the company has an extensive range of slip-resistant and safety-toe boots. Skechers is headquartered in California, USA, and has manufacturing sites in China and Vietnam.

Thorogood is an employee-owned company dating back to the 1900s. It’s known for creating boots suitable for various jobs or industries. The brand’s moc-toe boot has become a favorite among many wearers for leisure and work purposes. Based in Wisconsin, USA, the company also manufactures within the country. 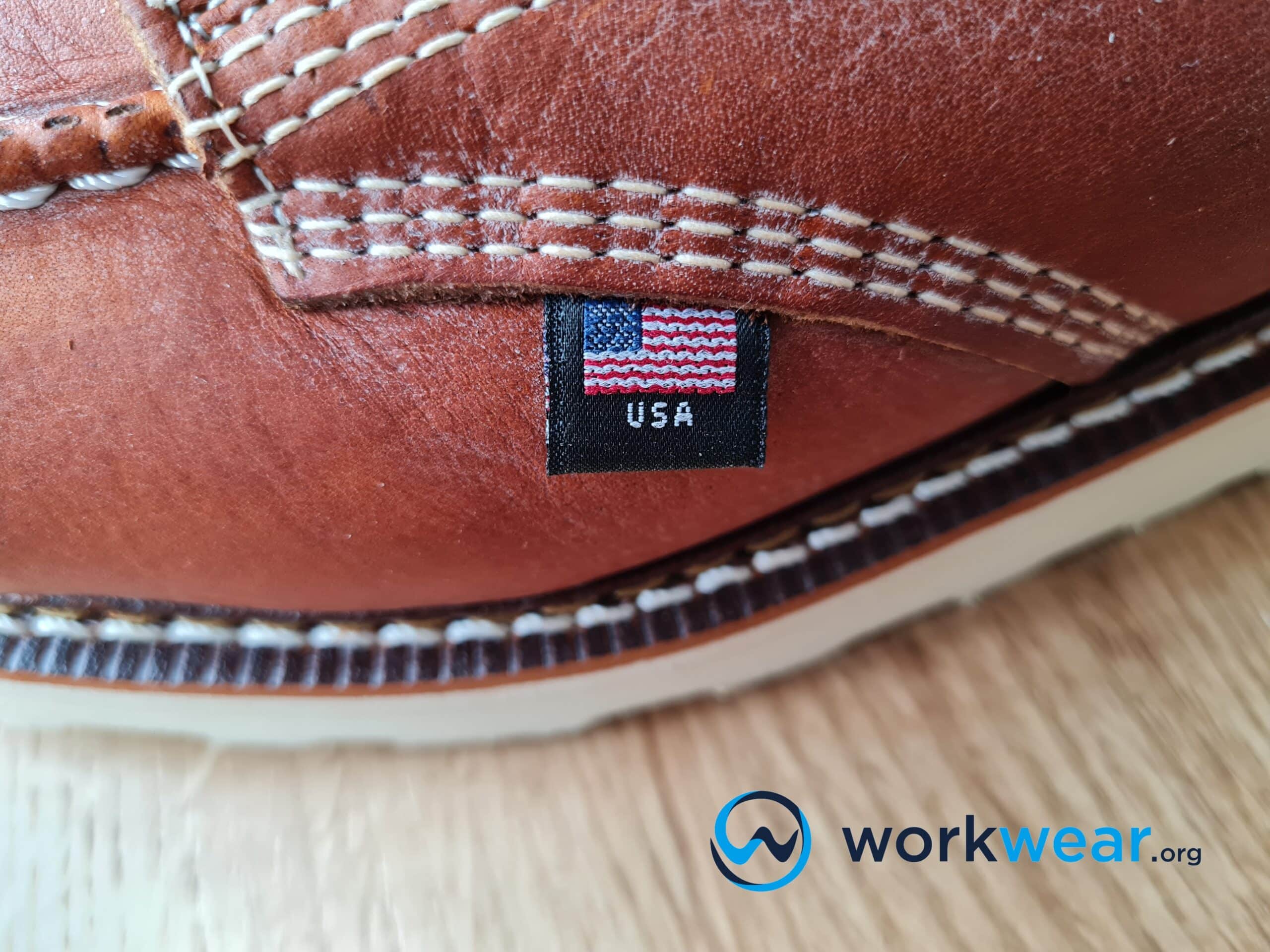 Timberland Pro offers unrivaled safety, support, and cushioning in the work boot market, with products renowned for their lightness and durability. The brand’s range of boots comes in classic styles that can be worn in all weather and terrains. In addition, timberland Pro is ideal for all workplaces with the ‘designed to last’ objective. Based in Stratham, New Hampshire, U.S, the company has manufacturing sites in the US, China, Dominican Republic, and Vietnam.

Aside from athletic footwear, Under Armour also manufactures military and tactical boots. The company started in the 90s with a T-shirt made for athletes and has since produced workwear and footwear for construction industries. It’s based in Maryland, US, manufacturing units in Hong Kong, Panama, Vietnam, Indonesia, China, and Taiwan.

The shoe industry giant owns several shoe brands and manufactures licensed footwear under some of these brand names. For example, Wolverine creates exceptionally comfortable shoes for indoor and outdoor work environments. It’s based in Michigan, USA, and has manufacturing units in the US and China.

After trying most of the well-known work boot brands and determining where they’re manufactured, we’ve come up with the following findings.

We have tried and tested work boot brands that are manufactured in the US as well as those that are made outside the US. There’s no doubt that some great boots are made in the USA, but there are many top-notch, durable, and reasonably priced work boots that are made in other countries, too. For example, we tried the Timberland Pro Pit Boss – an excellent quality boot that’s sturdy, stylish, comfortable, and pocket friendly. We also tried the Chippewa Aldarion Logger Boot, a handcrafted work boot that’s tough enough to take on hazardous outdoor conditions. Timberland has factories in the USA (Tennessee) and production units in the Dominican Republic and China, while Chippewa manufactures its work boots in Wisconsin, USA. We gave high ratings for both boots, and regardless of where they’re manufactured, they both have high-performance features and are made to last a long time.

Our experience led us to conclude that the manufacturing or production location shouldn’t be the only criterion to be considered when choosing the best work boots. While plenty of excellent quality work footwear options are built in the US, there are also a lot of boots built outside the country that are equally top-notch and durable. Looking at the most trusted work boot brands, we discovered that only a small percentage (17%, to be precise) manufacture their boots exclusively in the US. Most of these brands have production sites outside the US, and half of the companies have set up manufacturing bases in countries across Asia. We determined that in choosing work boots, it’s less important to consider the country where they’re manufactured – and more crucial to deliberate on other criteria such as quality of materials, design, durability, safety enhancements, and other aspects that have a direct impact on the footwear’s performance. 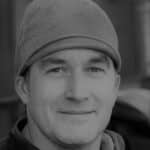 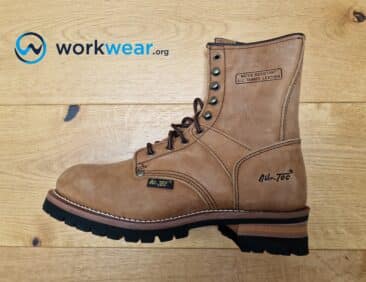 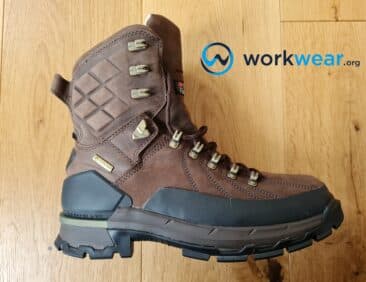 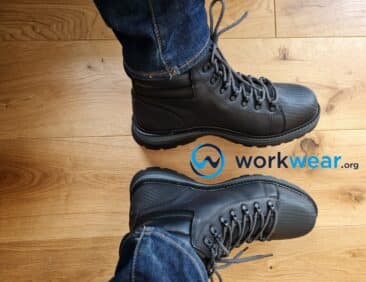 4e Wide Work Boots What Are They